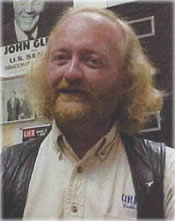 Dr. Dale Mason passed away on December 21, 2014. Dr. Mason taught Political Science, Sociology, and Native American Studies at UNM-Gallup for 16 years, from 1994-2010. During his time at UNM-Gallup, he served as Faculty Senate President, sponsor of the Student Native American Club, as well as chair of the Social Sciences department. Dr. Mason received his BA and MA in Political Science from the University of Cincinnati, and his PhD in Political Science from the University of Oklahoma. He was the author of the award-winning book, Indian Gaming: Tribal Sovereignty and American Politics which was widely accepted as the authority on Indian gaming issues in the United States. Dr. Mason was an exceptional political scientist and advocate for Native American issues. Toward the end of his career he was doing extensive research on President Lyndon B Johnson. He was an enthusiastic collector of books of all kinds as well as Native American Art.