February 17, 2021 - UNM-Gallup will host critically acclaimed Mexican American poet, writer, and activist Jimmy Santiago Baca for a virtual presentation titled “Keeping Hope Alive” on Wednesday, March 24, 2021, beginning at 3:30 p.m. The event will be held via Zoom and registration is free to the community at gallup.unm.edu/keeping-hope-alive/.

Jimmy Santiago Baca is an award-winning poet, writer, and educator—and is the author of 18 books. He is the recipient of numerous awards and honors such as the American Book Award for Martin & Meditations on the South Valley and the International Prize for his memoir, A Place to Stand. This memoir was made into a documentary film that aired nationally on PBS in 2018. His book Healing Earthquakes was an honoree of Phi Beta Kappa Society and won a Pushcart Prize. Baca is the writer and executive producer of Blood In/Blood Out, a Hollywood Pictures feature that has a cult-status following of millions globally.

Baca has also been recognized for his community and educational outreach with a Humanitarian Award from the City of Albuquerque and the Cornelius P. Turner Award, honoring GED graduates who have made outstanding contributions in areas such as education, justice, and social welfare. The University of New Mexico awarded him an honorary PhD for his work teaching thousands of adults and kids to read and write. While Baca continues to write, he facilitates writing workshops and visits prisons, Youth Offender Facilities, and alternative schools for At-Risk Youth. He also oversees his non-profit Cedar Tree, Inc., which assists communities through its bookmobile that delivers free books to reservation, barrio, and inner-city schools and sends interns to aid teachers in rural communities lacking resources

About UNM-Gallup
Chartered as a community college more than five decades ago, UNM-Gallup operates under the aegis of the University of New Mexico as Gallup’s branch campus. Although our priority has always been to serve the community as a two-year college, our association with UNM has allowed us to be flexible and stretch as the need arrives. As the largest of the four UNM branch campuses, we serve approximately 2,200 students. 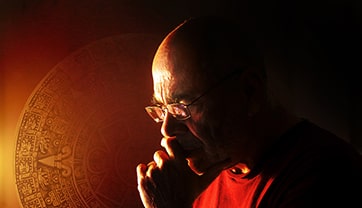