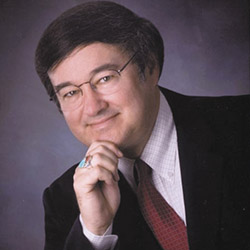 Dr. Christopher Dyer is an applied anthropologist and the former CEO and now professor of Anthropology at the University of New Mexico-Gallup. He is the founding president of the Community College Alliance for Sustainability Education of the National Council for Science and the Environment. His specialty areas include community disaster resilience, maritime anthropology, ecological anthropology, and science and society. He previously served as professor of anthropology and Dean of Academic Affairs (chief academic officer) for Missouri State University–West Plains, founding Dean of Arts and Sciences, Mount Olive University, and Dean of Strategic Initiatives for the School for Field Studies. Degrees include a B.S. in fishery biology and B.A. in anthropology from the University of Arizona in 1976, an M.S in marine biology from the University of Alabama in 1983, and an M.A. in anthropology in 1986 and Ph.D. in anthropology in 1990 from Arizona State University. Grants, contracts, research support and donor support to academic institutions to date amount to over $33.3 million. Evaluation and assessment clients have included NOAA/NMFS, the New England Fisheries Management Council, the Alabama, Rhode Island, and New York Sea Grant programs, the Department of Commerce, the Economic Development Administration, and USAID. Dr. Dyer has received research support from the National Science Foundation, the John D. and Catherine T. MacArthur Foundation, the National Hazards Center, the National Fish and Wildlife Foundation, the Organization of American States, the Missouri Council for the Humanities, Blue Cross-Blue Shield, and the Kate B. Reynolds Charitable Trust. Besides resource management, community disaster mitigation, human ecosystem modeling, and disaster assessment research in the U.S., he has directed field research teams in seventeen countries including Latin America and the Caribbean, as well as Kenya and the Philippines. Dr. Dyer is culturally and linguistically fluent in Spanish. The author of numerous publications in his field, they include books, research reports, journal articles, and monographs. His 1992 paper on the Natural Resource Community won an award from the journal Sociology Spectrum as “An outstanding contribution to social science.” Membership in professional organizations include the National Association of Practicing Anthropologists, , and the Society for Applied Anthropology, elected Fellow in 2008. Recent field research includes work as lead anthropologist on the SIND Project (Social Impact of Nuclear Disasters) with the Center for Social Complexity, George Mason University, and impact assessment of the COVID-19 Pandemic on the operation fo the Roanoke Area Ministries, a non-profit serving the homeless in the New River Valley of Southwestern Virginia.

The Anthropology of Racism: Manifestations in Modern America Society

This presentation gives historical and anthropological context to issues of racism as they have manifested themselves throughout history in the Americas. It provides a new paradigm of racism based on “ecotones and power” in the context of worldviews in conflict. In particular we exam how the industrial Euro-Christian Model of community (Dominant Social Paradigm – or DSP (Dyer 1993) has impacted the Natural Resource Community (Dyer et al 1992) worldview of Indigenous peoples and cultures, and what the modern impacts and legacy have been for American Society, institutions of higher education, and peoples of North America.